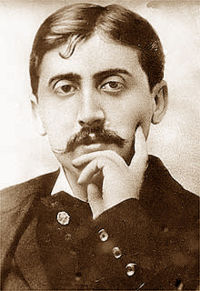 “If a little dreaming is dangerous, the cure for it is not to dream less but to dream more, to dream all the time.”

Valentin Louis Georges Eugène Marcel Proust (1871 – 1922) was a French intellectual, novelist, essayist and critic, best known as the author of In Search of Lost Time (in French À la recherche du temps perdu, also titled Remembrance of Things Past in its original edition), a monumental work of twentieth-century fiction published in seven volumes from 1913 to 1927. …+