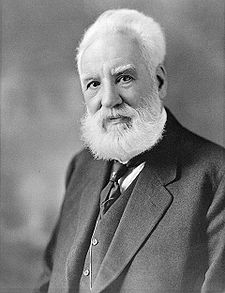 “When one door closes, another opens; but we often look so long and so regretfully upon the closed door that we do not see the one which has opened for us.”

Alexander Graham Bell (1847 – 1922) was an eminent scientist, inventor and innovator who is widely credited with inventing the first practical telephone.