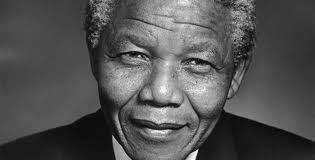 Freedom can never be taken for granted. Each generation must safeguard it and extend it. Your parents and elders sacrificed much so that you should have freedom without suffering what they did. Use this precious right to ensure that the darkness of the past never returns.

Nelson Mandela during an address at the opening of the President’s Budget Debate, Parliament, Cape Town, South Africa, 2 March 1999.

Nelson Rolihlahla Mandela (born 18 July 1918) is a South African anti-apartheid revolutionary and politician who served as President of South Africa from 1994 to 1999. He was the first black South African to hold the office, and the first elected in a fully representative, multiracial election. His government focused on …+

[…] Cf. Frases célebres: Freedom can never be taken for granted… […]

“We are not here to curse the darkness, but to light a candle that can guide us through the darkness to a safe and sure future.”

I loved that “citação”(by the way, how can I say citação in english?). This man made amazing things to protect and bring development to his country.