Gang, gang up on someone and other savory tidbits

Hi, gang! No, no, no… don’t take that the wrong way [don’t be offended]! Gang doesn’t mean what you think it does. Maybe, street gang would bear [have, but more erudite] that meaning, but gang also means a group of people with similar tastes (English) or interests (English) who get together for a fun reason (learning English)!

Not to be mistaken with ganging together! Now that could imply ganging up on someone, which has a physical sense of a gang who bodily attacks someone, or a more commonly used figurative sense of a majority who wants to contentiously prevail, like a bunch of bullies, always seen from the victim’s angle:

Now, I know that not too many people are grammar buffs [a fan or devotee of some subject or activity] like me. “Pooh-pooh” you might say as an expression of disdain. Grammar is so arid, so dry and so hard to follow! It’s so much nicer to learn through conversation! That’s fun! No work, all play!

Now, just humor me [go along with someone’s wish, wanting more to please than be pleased] a sec and follow my train of thought. You tell a friend, “I went to that posh [chic and expensive, upscale] restaurant, but when the waiter brought me that unsavory looking hodgepodge [mixture], I just pooh-poohed the dish.” Well, did you know that if you had said: “I pooh-poohed,” (or just poohed or pooed) without adding an object, this would have meant that you had done something ugly in your pants? It’s good to know grammar, right? 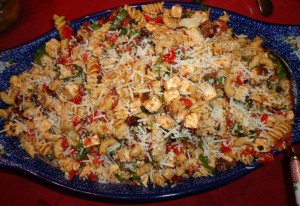 Now that we got the basics out of the way, try to digest this info until next time, and I’ll bring you some interesting English-Portuguese misfits, like, in ENGLISH, you can only discuss something (transitive verb + D.O.), whereas in PORTUGUESE, you can either discuss something, just like English, or + about, which is wrong in English: discuss something.

Oh, I almost forgot the third major verb classification, the self-centered [egoistic]: link verb, commonly the verb to be, but also to become, grow, turn and many others, in short, any verb that associates the subject with the object. Ulisses and I had a nice chuckle [hearty laugh] the other day imagining the following situation: You are Bruce Willis’s wife. Someone knocks on the door. You ask, “Who is it?” The answer on the other side of the door is, “It is I, honey!” No way that I could imagine ‘it is I’ coming from Bruce’s mouth! Maybe Eliza Doolittle’s Prof. Higgins, but not Bruce! No way! Bruce would say something like, “Open this freakin’ (edited with a common substitute, for the sake of viewer censure) door, woman! I’m growin’ (link verb: I = impatient) mighty impatient here!” Of course, only grammar sticklers [stern, unyielding rule-followers] would have the courage to say ‘it is I’ to one’s own husband, without risking hearing a retort [sharp, retaliatory reply] like Bruce’s.

On a lighter note, how about some savory tidbits [tasty morsels, small and appetizing portions] of the English language? Let’s take a look at black. When it’s very, very dark outside or inside, we say “pitch black” (pitch = a residue of tar), and when you’re referring to very dark hair, we say “jet black,” which you may even see scribbled on mascara packaging as a color labeling. And on the subject of hair, towheads [young children with very light blond, almost white hair] are so very lovely when young, but their hair commonly turns dark as adults, usually a wishy-washy [lacking definition; or else, lack of decisiveness or character, in the case of an attitude], vapid [an erudite word for lifeless, blah, insipid and dull] color called dirty blond. Lastly, you can either order coffee black or plain, both meaning without sugar or cream/milk: 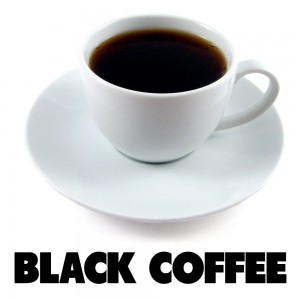 But if someone calls you plain [ordinary, connoting wishy-washy or vapid or dull or blah, or – as heard on New York streets by Yiddish speakers – a nebbish] consider yourself offended!

Well, now you have it! Next time, we’ll talk a little about the influence of a Greek god on our global language. I’ll give you a little hint now just to whet [arouse, but more erudite] your curiosity (or one’s appetite). He is two-faced, and, still today, has everyone guessing [curiously clueless]. Are you stumped? [puzzled – remember from last time?] I’ll just have to leave you guessing! And, as BB (Guess who?) would say, “That’s all folks!”

Drop us a line and tells us what’s on your mind. Did you know all the meanings of the word “gang”? Were you familiar with the expression “gang up on someone”? Feel free to write either in English or in Portuguese. Your feedback is highly appreciated! Thank you!

NCristina (Cris) Martorana is a native American and has been a Translation and Simultaneous Interpretation Course Teacher at Associação Alumni for 37 years. She also provides copyediting services - English revision of dental, scientific and scholarly articles for publication.

You know, I’ve already heard, in movies or TV series (can’t remember now), young people say things like ‘my crowd’ referring to their (group of) friends or the like. I, myself, do like that word and use it a lot in the same context. Nobody’s called my attention to that… so far. Will you? Please feel free to if I’m mistaken…

Changing the subject, a few years ago, I learned from an English Grammar book called ‘Painless English’ (I’m a grammar stickler as well and strive to say and write my stuff and nonsense correctly, but although I don’t, most of the times I stick to the fact that “I’m Brazilian and never give up!”) that the correct way is ‘It is I’, as you stated above. But I have to admit that it’s the first time I “hear” a native speaker “say” it, honestly. I mean, I have a lot of British, American, etc. friends and I notice (when we get together) that they never say ‘It is I’. Everyone always says ‘It’s me’ instead. And I, as a pretty (definitely as an adverb, cuz my appearance…) shy learner, decide to go with the flow to not get the same of what Bruce’s wife would get. Of course I’m exaggerating… 🙂 But please tell me, why do people (in the real world) never say it the right way?

Gotta finish this by saying that Tecla SAP is a real fountain of wisdom! I always learn a lot here! I can’t thank you guys and gals enough, but thanks a lot! 🙂

P.S. Sorry if I seem to be kinda crazy, right? It’s cuz I like to play with the language and also cuz I’m indeed crazy… Bye! 🙂

Pleasant to read and to learn new stuff again, NCris!
All the best!!!!