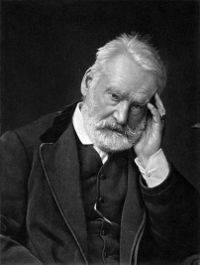 There is always more misery among the lower classes than there is humanity in the higher.

Victor-Marie Hugo (26 February 1802 — 22 May 1885) was a French poet, novelist, playwright, essayist, visual artist, statesman, human rights campaigner, and perhaps the most influential exponent of the Romantic movement in France. In France his literary reputation rests on his …+