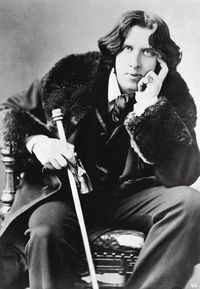 Work is the curse of the drinking classes.

Oscar Fingal O’Flahertie Wills Wilde (1854 – 1900) was an Irish playwright, novelist, poet, and author of short stories. Known for his barbed wit, he was one of the most successful playwrights of late Victorian London, and one of the greatest celebrities of his day. As the result of a famous trial, he suffered a dramatic …+