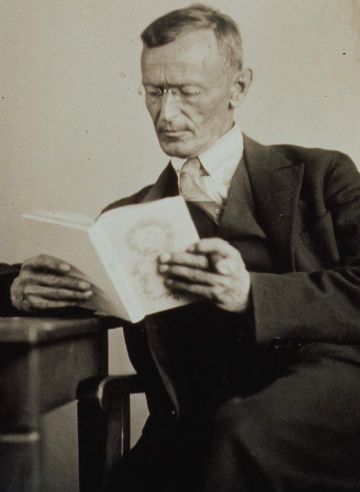 “If you hate a person, you hate something in him that is part of yourself. What isn’t part of ourselves doesn’t disturb us.”

Hermann Hesse (2 July 1877 – 9 August 1962) was a German-Swiss poet, novelist, and painter. In 1946 he received the Nobel Prize in Literature. His best-known works include Steppenwolf, Siddhartha, and The Glass Bead Game (also known as Magister Ludi) which explore an individual’s search for authenticity, self-knowledge and spirituality. …+