I’m from the United States, and this is my fourth Carnival in Brazil. Brazilians always ask me what I think, and I find that each year my perspective evolves. As my awareness of Brazilian culture deepens, I realize that Carnival has many facets, many interpretations, and they all have some truth to them.

Foreigners love Carnival, and every year the gringo masses come to see what the excitement is about. But what’s our experience like? Does it help us learn about Brazil’s true cultural heritage, or does it reinforce stereotypes?

This is a delicate subject because a lot of Brazilians are very sensitive about stereotypes and misconceptions that people have about Brazil. I think there are a lot of exaggerated ideas about Brazil for sure, but could it be that they come from Carnival?

After repeating this experience so many times, and living in Brazil, I would argue that many of these negative stereotypes come from the commercialization of Carnival.

Given the fact that it is arguably the craziest party in the world, and it’s what a lot of foreigners come to Brazil for, these tourists understandably confuse it to be a pure expression of Brazil’s culture. I would argue that for most foreigners, Carnival is more of a caricature of Brazilian culture, and particularly of Rio and Salvador.

Carnival is a powerful and intoxicating marketing message that gets broadcasted to the whole world. It’s what’s being marketed, it’s what sells, and it’s the impression of Brazil that foreigners walk away with.

But isn’t this exaggeration and craziness what carnival is to a lot of Brazilians too?

I’ve never spent Carnival in Rio or Salvador, which I imagine to be the biggest, strongest expressions of Carnival. I’ve heard there are a lot of others too, many of them much less commercialized. I spent my first year in Olinda, and the next one in Diamantina.

Right now I’m in Belo Horizonte, where I live. I know, I know, Belo isn’t supposed to have much of a Carnival. But it’s actually been growing the past few years, and there are a lot of people who really are trying to make this into a respectable cultural festival. It’s growing really fast, and it still has a lot of the grass roots energy of a people’s carnival. There aren’t many gringos, but there are blocos, and concerts, as well as bonecos and parades. It’s pretty cool.

Here are three general perspectives on carnival that I would like to explore. They are not mutually exclusive.

1. Carnival as CARICATURE OF BRAZILIAN CULTURE

This is probably the most common vision of Brazilian Carnival, and it’s what foreigners expect. As a tourist, without any knowledge of alternative movements, this is an experience of Carnival that is extremely difficult to resist. It’s the gross exaggeration of Brazilian culture, and its common in the bigger festivals. There are commercialized versions, which are expensive and exclusive, and there are more popular, street versions of this, that bring together many types of people. 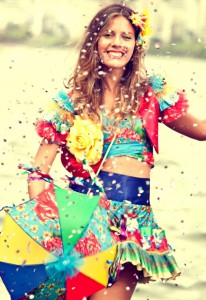 For me, Olinda was an incredible experience of euphoria, intoxication, and joy. I met a lot of people, and made good friends. I doubt that it was the most authentic representation of Brazilian culture, but it was more authentic than a lot of others, and at the moment, it was the experience I needed to have.

Some variation of this type of Carnival is for the masses who can afford it, and for nearly every gringo that comes to Brazil. To be honest, it’s what’s to be expected, because the entire commercial machine promotes it as THE Brazilian Carnival experience, and this is what sells.

If I had left Brazil after my Olinda experience, I would have been left with an incomplete and exaggerated idea of Brazilian Culture. My stereotypes would probably have been reinforced.

2. Carnival as SOMETHING BAD

The longer I stay here, the more I realize that there are a lot of people who don’t like Carnival, who detest it, and who avoid it at all cost. I respect their point of view, and I can see how one could think this way.

The more I listen, the more I realize that there are many valid perspectives for people who don’t like Carnival. Some people have grown out of it, while others never even liked it, and others are still deciding. And this is not even considering the perspective of poor people and the people who work during Carnival.

Some people are very negative for no good reason, while others are annoyed by the vast discrepancy between the commercial representation of Brazilian culture, and their own sense of cultural heritage. Other people simply have more important things to worry about and Carnival just doesn’t grab their attention.

3. Carnival as a CULTURAL REVIVAL

There are a lot of people who are interested in creating and experiencing Carnival as a more authentic AND popular cultural expression. They are the minority, but in every place it happens, they are the heart and soul of it, and in my opinion, it’s from them that the essence of Carnival flows. 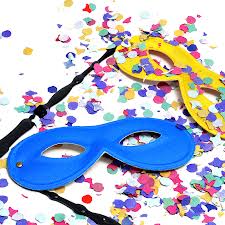 Despite the gross commercialization, the caricature cultural representations, and the cynicism, it is this movement for cultural revival that connects me to a deeper sense of Brazilian culture.

In four Carnivals, I’ve developed four different perspectives, and when I put them together, it makes a lot more sense. There’s a quote by Anais Nin that I really like that says “We don’t see the world as it is. We see it as we are.” I would say the same thing about Carnival.

Right now, I can hear the drums of the bloco, people singing and dancing. I can feel the vibrant energy of the masses, and for me, Belo Horizonte’s Carnival is a cultural revival, a people’s Carnival, and it’s calling me to the streets!

Anyways, these are just my reflections. I admit that I see Carnival through the eyes of a gringo, but after three years in Brazil, a big part of me really feels Brazilian. If you’ve ever lived in another country, I’m sure you know what I mean.

What about you? What’s your Carnival experience like? Do you agree or disagree? I would love to hear your point of view. Thanks for the opportunity to share with you guys!

Justin Murray was born and raised in Seattle, Washington, but he currently lives in Belo Horizonte, Brazil. He is the founder of the hot new ESL blog, Real Life English. 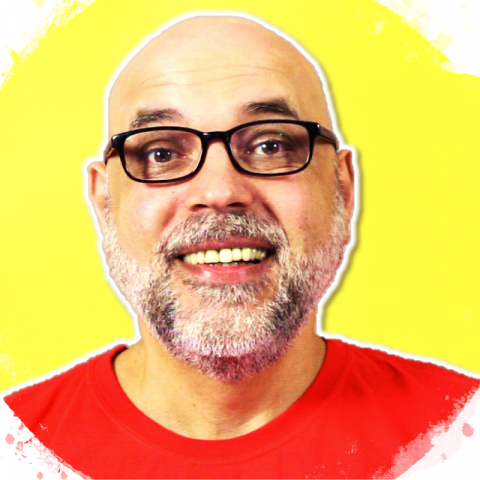