Why do most pencils have six flat sides? 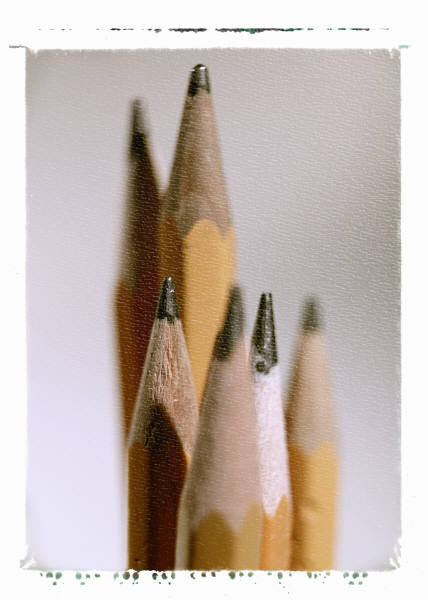 Most pencils have six sides. If you cut one across and look at the end, it is shaped like a hexagon. There are three reasons for this. First, it is cheaper to make pencils with six sides because more pencils can be made from the same amount of wood. The wood that could make eight round pencils can be made into nine hexagonal ones. Two other reasons for hexagonal pencils: They are less likely to roll off a desk than round ones, and easier to sharpen than square ones. How do they get the lead (actually, graphite) into the center of the pencil? The wood starts out as two sections, each of which has a long groove. The graphite goes into the groove, and the two pieces are glued together.

Wow! It seems so obvious after you’re already aware of the truth, doesn’t it? I really enjoyed this curiosity!
Anyway, congratulations for the profoundly helpful website you’ve been running!