As most of you know, I’ve been in the United States for the last month or so teaching a special course for teachers. One of my co-trainers yesterday received an email from a colleague in Brazil and asked me how to say better late than never in Portuguese. I immediately said “melhor tarde do que nunca”. About 20 seconds later, upon reflection, I realized that the translation I’d given didn’t “sound” quite right, and it occurred to me that, actually, Brazilians say “antes tarde do que nunca”. It also occurred to me that I would not have made that same mistake just one month ago. That’s how long – or little – it takes, it seems, to start “getting rusty” in a foreign language without contact with it, or what’s called language attrition. 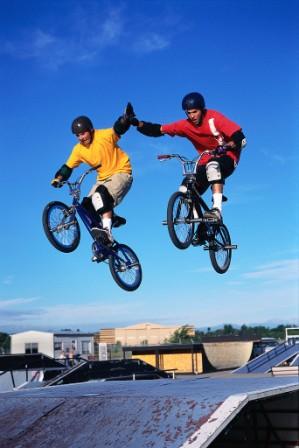 It’s amazing how much living, bathing in a language helps keep the language nice and fresh. Living in Brazil, I’m often able to discern what sounds natural and what doesn’t in Portuguese. Here, after just over a month, I’m not so sure anymore. It’s a lesson, I think, and the reason for this “tip of the day”, that constant contact and practice is necessary. Some people say that speaking a language is kind of like riding a bicycle – but I don’t quite agree: The language bicycle requires constant riding or else the wheels rust, the tires go flat and it becomes almost un-ridable. (But fixable.)

I notice it even with my own English. Just yesterday, again, I was talking to my trainees on the course and said, “Well, until now, everybody is doing fine.” That “until now” is very much a Portuguese interference problem, and about 10 seconds after I said it I laughed because I could see that the trainees were looking at me kind of funny and I knew exactly why. “Oops,” I said to them, “that was from Portuguese. I meant to say ‘so far’.”

So, what’s the solution? How does one keep his language bicycle a well-oiled machine? Well, I find that contact is the answer. But it can’t be just one kind. To really keep that cycle moving smoothly, the language-contact should include a good diet of reading (of multiple genres) in the target language, speaking to competent speakers of the language beyond just “small talk”, and things like watching TV/movies in the language, and listening to radio programs and music. All of those things will keep the tires full of air and the wheels spinning like brand new. Otherwise you risk speaking like a friend of mine from London who has been living in Brazil for 15 years without much contact with English: saying things like (on his answering machine) “We cannot attend the phone, but leave a message at the signal.” Stay well, and I’ll try to be back in touch very soon.

Ron, you are right.

When we want to be competent in both Portuguese and English, sometimes our mental speed is not so precise. Not so rarely, our students are quicker in finding out the better word for the moment even in our own native language because we are always thinking about “what is the better word for this context?”. It goes without saying about the prefixes and suffixes Portuguese/English inteference. Lol!
Thanks.

I gotta say: I agree with you 100%. I barely have any contact w/ brazilians, and the little I have it is small talk.
Nedless to say, my portuguese is getting very rusty… and I feel somewhat ashamed of that. How does one forget his/her own language?