NEW YORK (CNNMoney.com) — Delta Air Lines emerged from bankruptcy early Monday as a leaner but still independent carrier after a 19-month reorganization that saw it fight off a $10 billion hostile takeover.

The overhaul at Atlanta-based Delta, the nation’s No. 3 airline, left it a much smaller carrier than the one that flew into bankruptcy in September 2005 – and helped feed an industry trend that has resulted in higher fares and much fuller planes on most U.S. carriers over the past year. 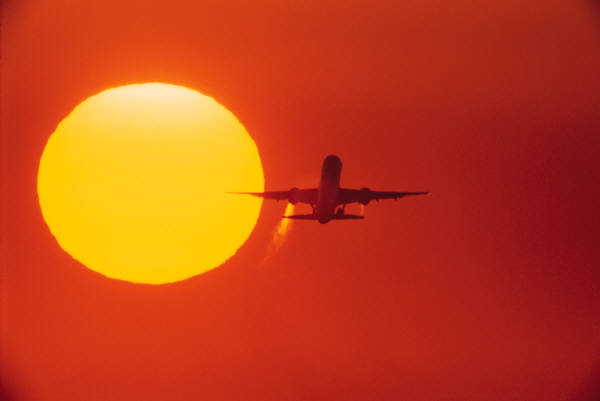 Delta has shed about one jet in six used by its mainline operations at the time of the bankruptcy filing, and it has cut more than 20 percent of the 60,000 employees it had at that time.

But because Delta was able to emerge from bankruptcy as an independent airline, holding off a hostile bid by rival US Airways, many markets that could have seen significantly less competition and even higher fares now still have a choice of air carriers. That is particularly true in many markets in the East.

Delta, which got its name from its roots as a mail carrier in the Louisiana Delta in the early days of commercial aviation, will have $2.5 billion exit financing to fund operations and a cost structure about $3 billion a year less than when it went into bankruptcy, according to the airline.

Among the moves it made was turning over its underfunded pilots‘ pension plans to a federal pension agency, while winning concessions on wages and work rules from its pilots.

Shares of its new stock, which is being issued to Delta creditors, started trading on a “when issued” basis last Thursday. It is due to start trading on the New York Stock Exchange on Thursday under its old DAL symbol. Federal Bankruptcy Court Judge Adlai Hardin gave final approval to its reorganization plan last week, after he rejected four final objections filed by bondholders and shareholders who complained that they weren’t being treated fairly.

The company had to fight off a takeover effort by US Airways Group, which made a $10 billion cash-and-stock offer for its larger East Coast rival. Delta management had to convince creditors that it would become more valuable as an independent carrier than it would in the combination. US Air eventually dropped its takeover efforts in January.

Delta CEO Gerald Grinstein, who testified before Congress as he led efforts to hold off the US Airways takeover bid, is expected to retire as soon as a successor is found. He has said he prefers some from inside Delta.

Delta filed for bankruptcy protection the same day as Northwest Airlines, which is still working to emerge from bankruptcy itself. Low airfares on falling demand for air travel starting in early 2001, coupled with a spike (acepção 7c) in jet fuel prices, also caused United Airlines and US Air to go into bankruptcy over the last five years.

Among U.S. airlines, Delta trails (acepção 5) only No. 1 American Airlines, a unit of AMR Corp. and No. 2 United, a unit of UAL Corp, in terms of miles flown by paying passengers.

But it has faced growing competition from low fare carriers, particularly JetBlue Airways and AirTran Airways.

Thanks! It’s great feedback! What else can I ask for? 😉

Thanks, Ulisses! I enjoy using these texts with students in class.