Want to sound [aparentar, parecer; soar (lit.)] certain [seguro]? Want to remove all doubt? Want to be a commentator on TV? 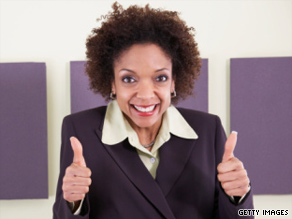 It has become the standard reply [resposta] to every question or comment. It clings [pegar, grudar] like lint [fiapo] to our conversations.

Are we in a recession senator? “Absolutely not.” Was Michael Jackson a musical genius? “Absolutely.” Want syrup [calda] on those pancakes? Absolutely.

It’s even reached [alcançou] the highest office in the land. When President Obama was recently asked by a Pakistani journalist if he read Urdu poetry, he said: “Absolutely.”

We hear of videos that go viral. But why has this word, absolutely, taken off [decolou]?

Watch: The words you love to hate

And why, at a time of so much uncertainty, are so many people so absolutely sure of so much?

The question caught some habitual users of absolutely by surprise. But they had their theories.

Jeff Benanto, a manager at a marketing company in Boston, Massachusetts, says he didn’t even know he was overusing [uso exagerado] the word until he was teased by his sister and brother-in-law [a irmã e o cunhado brincaram com ele].

He says it finally hit him [ele se tocou] when he was recently having dinner with his family. Someone asked him if he wanted stuffing [recheio] with his turkey [peru].

Benanto says he and others are using the word so much because it’s reassuring [reconfortante]. He says people don’t know if their 401(k) [aposentadoria, plano de pensão] will be secure [protegido, seguro]; their children‘s toys [brinquedos] free of lead [sem chumbo] or if their favorite public figure [personalidade, figura pública] is going to be exposed as a hypocrite.

But using absolutely makes one feel as if there is something someone can count on [algo com o que se possa contar], even if one has doubts, he says.

“There’s a certainty in absolutely,” Benanto says. “Even if you don’t absolutely mean it, you need to express it and feel it like you mean it.”

Another absolutist also says that the constant use of the word is a sign of the times.

Liz Nicklos, an account executive in Minneapolis, Minnesota, says she used to respond to e-mail requests with “will do,” or “great,” or “sounds good.”

Now she uses, absolutely, for virtually all e-mail requests.

“Absolutely sounds confident [confiante] and sure,” Nicklos says. “In times of ambivalence, people could use [precisam] a bit of semantic surety [certeza, segurança]. When you use it, you just feel more confident.”

When absolutely took off

An etymologist can trace [rastrear] the origin and development of a word, but who can identify the moment when absolutely took off [decolou]?

Rex Bossert, an assistant dean [reitor adjunto] at the University of California, Irvine’s School of Law [Faculdade de Direito], thinks he can. He blames [atribui a culpa a] O.J. [O.J. Simpson]. 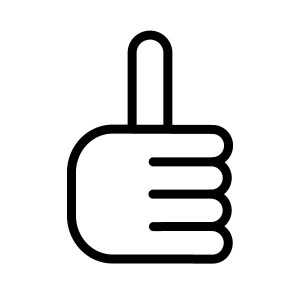 In the court [tribunal] of public opinion, celebrities now know that people are cynical [céticas], Bossert says. They expect spin [distorções] and deception [enganação, farsa]. Invoking absolutely is someone’s attempt [tentativa] to say, I’m not like the other guys, he says.

“In a time where there is so much mendacity [mentira, hipocrisia] and prevarication [prevaricação, embuste, mentira], a simple affirmation such as ‘yes’ doesn’t quite cut it anymore [não tem mais o mesmo efeito, não adianta mais, não serve mais],” he says.

In the rapid-fire exchanges [bate-boca] between debaters on news shows, “absolutely” is the linguistic version of an exclamation point, Thompson says.

“The word, absolutely, is like saying that this is positively true — this is inarguable [incontestável],” Thompson says.

Will constant use of the word, though [no entanto], drain [esgotar, secar (lit.)] it of all of its meaning [significado]? Maybe.

A wise man [sábio] once said, “Let your yes be yes and your no be no; anything beyond [além, a mais] this is evil [ruim].”

“Absolutely” then means both “Yes” and “No”. Isn’t it? If one interprets it contextually the answer can be denied. Isn’t it so?