Renowned astrophysicist and best-selling author Stephen Hawking has announced he is looking for a graduate student to work for him for one to two years. 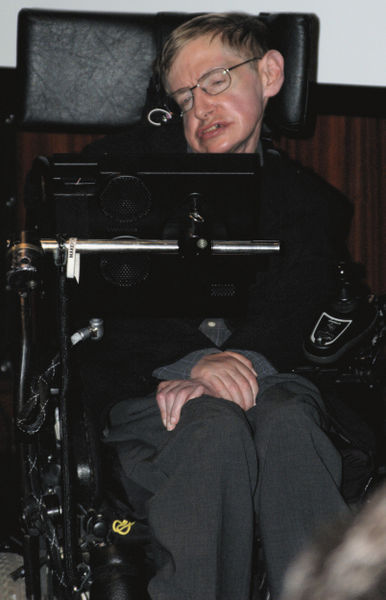 The mathematics professor at the University of Cambridge has done groundbreaking work on black holes and the origins of the universe, making him one of the best-known theoretical physicists of his generation.

The candidate can earn about £23,500 ($44,300) and would likely join Hawking on his many travels abroad, according to a job posting on the university’s Web site. Planning lectures, maintaining computer, answering public inquiries and helping with scientific papers are a few of the responsibilities.

One purpose of the job was to aid the professor in areas which he has difficulty due to his disability, the posting said.

The 64-year-old scientist uses a wheelchair and communicates with the help of a computer because he suffers from a neurological disorder called amyotrophic lateral sclerosis [Esclerose Lateral Amiotrófica], or Lou Gehrig’s disease. He is almost completely paralyzed.

Chris Burgoyne, who has a bachelor’s degree in mathematics at the University of Manchester, served as the professor’s assistant from 1998-2000.

He said that during his 17 months working for Hawking he traveled to Berlin and several big cities in the United States including, Chicago, Atlanta, Boston and Washington, and met former President Bill Clinton. Expanding the professor’s Web site was one of his main responsibilities.

“Flexibility, stamina and a confident and caring personality, together with a valid driving license, are essential for this demanding job,” another advertisement said.