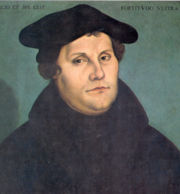 To make a change for the better by alteration, correction of error, or removal of deffects.

A 16th-century religious movement in Europe, led by Martin Luther, that began as an attempt to reform the Roman Catholic Church and resulted in the establishment of Protestant churches.